MPLS vs SD-WAN: which is the right fit for your business, and how do you know? 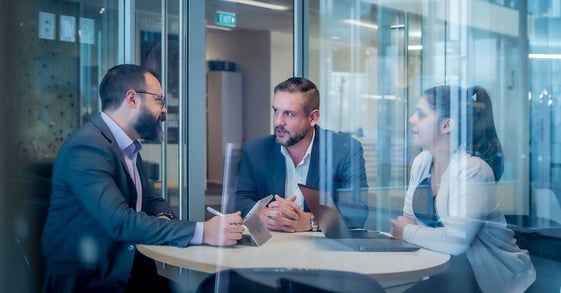 There has been a lot of hype in the past couple of years around SD-WAN. Most people talk about it as being the “new WAN”.

While SD-WAN is great, it’s not necessarily the right solution for everyone. If we are not careful when it comes to analysing all the network requirements, we might find the dream SD-WAN solution turn into a nightmare.

If we look at a traditional WAN that utilises MPLS, the key point of difference is it’s a completely private network. And because it’s private, it’s much more predictable and reliable. We know exactly how the traffic will get from A to B because we can control it. We can also define rules to prioritise some types of traffic over others (such as real-time voice traffic over internet browsing). A private network is also more secure in the sense that the data is not going across the internet.

Traditional WAN can still access the internet but usually via a centralised access through a firewall. That means all sites will use a single “exit point” to the internet. There are pros and cons to that. The pros are that we can utilise the internet resource better by having a pool of bandwidth that everyone shares. The main con is that if that centralised internet gateway has a problem then all sites lose internet connectivity (unless a secondary internet service is in place).

SD-WAN on the other hand will either use internet only services or a mix of internet and private links. In this scenario, all sites have direct access to the internet. The communication between sites is established using virtual connections over the internet (VPNs). The main issue here is that the internet is inherently a ‘best-efforts’ service. Once the traffic is on the internet there are no guarantees. That can become a problem for real-time traffic or highly sensitive data.

As I mentioned before, in some cases a mix of internet and MPLS is used. That way sensitive traffic can still be sent via the private link and all other less important/sensitive traffic uses local internet access. This setup is very popular in places were MPLS is still a lot more expensive than internet, like in Europe. By using this architecture, you can buy a small amount of more expensive MPLS capacity for the critical traffic and buy cheap internet capacity for everything else. In New Zealand, however, MPLS and internet services don’t differ in price a lot which makes the use case above irrelevant.

So why would someone move to SD-WAN? Well, there are also a lot of advantages in the SD-WAN solution. One of the main ones is visibility. SD-WAN provides unmatched visibility to the network and application traffic using a very user-friendly portal. Users will have granular information about types of applications being used and how much bandwidth is being consumed by each application. Because of the level of visibility provided, it is also quite simple to perform some high-level troubleshooting to identify potential issues on the network.

The management of all devices on the network is also done via the portal. That is particularly helpful if the network changes constantly. Instead of having to remote connect to every single device to change its configuration (like on the MPLS solution), with SD-WAN the network administrator has access to all devices and can even push changes to several devices at the same time.

Another main differentiator is ease of scale. With SD-WAN we can create configuration templates and apply that configuration to the device using the portal even before the device has physically arrived. Once on the device, all that is required is to plug the device into the internet service and it will download the configuration automatically.

With all these variables, how do we choose between the two?

If you are considering a move to SD-WAN, ask yourself:

Some reasons NOT to move to SD-WAN:

If you still aren’t sure whether SD-WAN is right for your business, my advice is simple: ask an expert.

Related Reading
Continuous monitoring is about reducing risk
Any business worth it’s salt will have some sort of cyber security controls in place. From firewalls and...
Read more
Are your 365 security configurations empowering hackers?
Could you imagine life without 365 and Teams? Not only do these tools make remote working seamless, but ...
Read more
Abby Mainini joins Aura Information Security
Aura Information Security is pleased to announce the appointment of Abby Mainini to the role of Account ...
Read more
How Digital Identity will change the game for privacy
Do you ever wonder what happens with your data when a business asks you to make an online account with t...
Read more
Lessons from Log4J: What is a zero-day vulnerability and how do you manage it?
When the Log4J vulnerability emerged in late 2021, it’s fair to say it shook up the global information s...
Read more
Kordia Group celebrates "Women in ICT Awards" finalists
Kordia is proud to announce five women from the Kordia Group have been selected as finalists in the 2022...
Read more