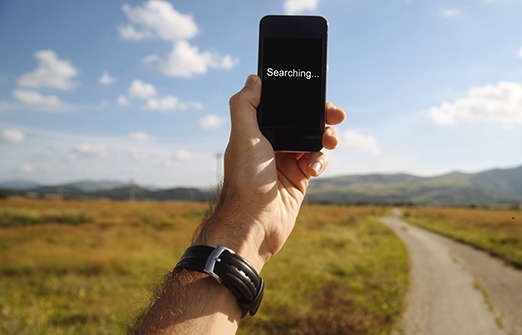 I spent Christmas at my parents place in Nelson this year. This simple family holiday away highlighted to me a bunch of first world technology related issues that made me yearn for the simpler life.

The Goodman family of four including two teenagers packed our bags, paying special attention to make sure the smart phones all had their required chargers. Past experience has shown that serious disagreements can spontaneously erupt if two devices need urgent charging at the same time and only one charger is available. Having learnt this lesson on a previous holiday, before leaving the house I double checked that the front door was locked, the alarm turned on and that cell phones and chargers were packed.  The Air NZ one bag policy was used to justify to my son why he could not pack his gaming PC.

On arrival in Nelson, Granddad tells us he has UFB and W-Fi: the holiday just got better for the kids.  Like most teenagers, mine are on pre-paid plans with limited data. To conserve data for when really need to make an Instagram post at peak time (when your followers are most active and you get the most ‘likes’ – who knew) the search for mobile hotspots replaces I-Spy and 20 Questions as the game of choice on any road trip. We parents it seems are content to read a book by the river of beach, but teenagers get stressed when they don’t know what their friends are up to or worse, when they are doing something cool but they can’t update their friends. I have found that this is the bonus of the Instagram ‘peak time’ for which my kids is about 8:30pm. This gives plenty of time to get back from relaxing by the river and allows your kids to also de-stress as they go back on-line while I read the newspaper my father still has delivered.

Whilst I have been using my children to highlight these challenges, I must say I realise that I do take cell phone coverage for granted. I did get frustrated as I went in and out of coverage in many of the less populated areas we visited and I did notice that that coverage changed as the cell site coverage ‘breathed’. I assumed this was as a result of more users like me on the site firing up their email and reading their newsfeeds as service was ok first thing in the morning. This created the next road trip game; ‘spot who has the most coverage bars’ and also ‘give Dad grief for his choice of mobile carrier’. I did also notice google maps often told me to get back on the road – maybe my choice of places to visit also contributed to my poor mobile coverage and a lack of Wi-Fi hotspots, still it is 2016!

Next problem – streaming TV. Granddad has UFB, Wi-Fi and a Smart (albeit older) TV. It shouldn’t take me long to set this up right? Wrong. I won’t go into all the issues that popped up along the way, suffice to say if I had been there another week I might have been tempted to pop into the local appliance store and buy my father one with Netflix built in.

Next first world problem – the network provided voicemail over my father’s UFB connection goes to mail after just four rings, despite it being set for nine! This does not give time for my elderly parents to get to the phone before it goes to voicemail. A call to the telco helpdesk and trying to reset it a few more times proves this task is beyond me.

Back to the One Day cricket on TV for me; if only I could read the new Sky Electronic Programme Guide!